The "VERY" series of both VERY BALLROOM and VERY LATIN continue to provide tremendous does tracks that have proven very popular. The series have become well established in the Dance World Marketplace as they give delightful music and astonishing value. Both are double CDs with 43 tracks each. Very Ballroom 3 (cat # WR2CD5078) start with 10 Waltz tracks, many with an attractive softer, almost haunting quality featuring, as both CDs do, DJ ICE plus numerous other artists. Six s

WRD Music is giving away free copies of Very Latin 3 to 3 lucky winners! Very Latin 3 (2CD). The long anticipated Latin music from the popular “Very” series has been released! This double-disc album features 43 recordings for a mix rhythm of Samba, Rumba, Cha Cha, Jive and Paso Doble. An incredible CD that will have you moving and grooving! It is available to pre-order at www.wrdmusic.com (release date: 24 February 2017) How to enter the free CD prize draw: step 1 - Visit the

Enjoy Armen & Svetlana dancing their rumba to the song "Photograph" by Dj Ice (made famous by Ed Sheeran) Amazing video from 2016 WDSF GrandSlam Latin, Helsinki, Finlandby Dancesport.ru This rumba is available in Very Latin vol.2 (released in March 2016) Another popular track from Ed Sheeran made for dancing, "Thinking Out Loud", is also available as RUMBA in Very Latin vol. 1(released in March 2015) Both albums can be purchased from www.wrdmusic.com (UK/worldwide) and www.d

The latest review of Very Latin 2 was given by Bryan Allen, President of British Dance Council, and was published in Dance News, May 2016 issue. "WRD music released "Very Latin Vol. 2" (WR2CD5075) with forty-three Modern Hits For Latin Dancing. This double album gives you almost two and a half hours of excellent Latin music with all with a modern touch. Eleven Sambas and Rumbas, ten Cha Chas, nine Jives and a couple of Paso Dobles. All these are co-produced by DJ Ice & WRD Mu

We Need Someone to "Lean On"

Blow a kiss, fire a gun, We need someone to lean on! Watch Andrey Gusev and Ekayerina Nikolaeva dance to the new samba remix 'Lean On'. Lean On is featured in the CD 'Very Latin vol.2' (released in March 2016). You can purchase this CD from the links below WRD Music (UK/Worldwide): http://goo.gl/AA6ndo DanceShopper (US): http://goo.gl/x9c1DZ Music Market (JP): http://goo.gl/cuS2ki Video Credit: InterDance.Ru #verylatin #wrd #samba #leanon

Dj Ice and WRD Music bring you another a brand new album ! VERY LATIN - a double CD album with 42 SUPER HITS for latin dancing! You can buy this CD from the links below WRD (UK/EU/World) http://goo.gl/WYgjFg DanceShopper (US) http://goo.gl/Ip66MF MusicMarket (JP) http://goo.gl/lUFqN0 #verylatin #wrd

Super sensational rumba! Thinking Out Loud (rumba version by Dj Ice, orig. by Ed Sheeran) is available in CD Very Latin. You can purchase it from www.wrdmusic.com #rumba #latin #verylatin

Bryan Allen, President of the British Dance Council, had given a wonderful CD review of the new release "Very Latin". Read the review below! "Towards the end of last year I reviewed the first of a new series from WRD Music with the title "Very Ballroom" which is a fabulous album. Just released is a Latin counterpart "Very Latin" (cat. #WR2CD5071). It has forty-two Modern Hits for Latin dancing and fully lives up to its title offering two and a half hours of terrific Latin mu 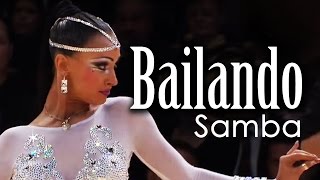 They were incredible! Bailando (Dj Ice, orig. by Enrique Iglesias) is available in CD Very Latin vol.1. You can purchase it from www.wrdmusic.com #verylatin #samba

Watch Riccardo & Yulia's "Shake It Off"

Just Shake It off! Shake it off (Dj Ice, orig. by Taylor Swift) is available in CD Very Latin vol.1 and can be purchased from www.wrdmusic.com #verylatin #jive

NEED A MUSIC EDITING SERVICE FOR YOUR AMAZING SHOW?

The Power Of Music: Very Latin 4 Review by Bryan Allen

The Power Of Music: Review of The Ultimate Latin Album 17 by Bryan Allen in “Dance News”

The Power Of Music: Review of The Ultimate Ballroom Album 19 by Bryan Allen in “Dance News”